Brother Alfred Smith, CM, made his profession as a Vincentian brother in 1957 with a desire to serve the poor. Sixty-two years later, he is still hard at work at St. Vincent parish in the Germantown section of Philadelphia, Pa. He shared his story with The Message, a magazine published by the Central Association of the Miraculous Medal in Philadelphia.

His vocation is a bit of a miracle given he had been diagnosed with a brain tumor and seizures, and a huge gift for thousands of people who have been changed through his ministries and the ministries he has founded, including the Inn Dwelling. Here’s the start of his story- and a link to read the rest!

(The text below is excerpted from The Message, and was provided, with the photo, by the Central Association)

Several years before he entered the seminary, Br. Al experienced seizures; tests revealed a brain tumor. He told no one about it, not wanting to worry his parents. He took medication, which initially allowed him to work as a bank teller, but eventually made him too drowsy to perform his duties. So, he reduced the dosage, which put him at risk of having seizures.

He suffered from these attacks sporadically for the next three years. His new doctor, unaware of the previous doctor’s diagnosis of a brain tumor, thought the seizures had to do with epilepsy.

“Because of the seizures, I was given a medical discharge from the National Guard. As this was 1953 and we were engaged in the Korean War, I was quickly drafted. However, when the medical examiner saw my medical records, I was immediately rejected from military service.”

During these three years, he would attend daily mass before work each day with his mother at his local parish, Our Lady of Mercy in Colonie, New York. Thoughts of a vocation to religious life were often in his mind and heart, and he prayed for divine direction. He occasionally dated, but as he explains, “I felt called to a life different from married life.”

Things became clearer in 1954 for young Alfred Smith when he attended a solemn, nine-day novena to Our Lady of the Miraculous Medal at his parish. He decided to ask God, through the intercession of our Blessed Mother, about his vocation in life and for direction in following the Lord’s will. The preacher for the novena was Fr. James Twomey, CM, a Vincentian Priest. As Br. Al recalls, “His words touched my heart in a deep way, and … I was sold. I realized I wanted to be a Vincentian and follow the founder of the Congregation of the Mission, St. Vincent de Paul, and be of service to the poor.”

Not only did Br. Al receive direction for his vocation during the novena, but he also felt strongly that he was healed physically. Stepping out in faith, he recalls, “I placed everything in God’s and Mary’s hands. Without consulting doctors, I stopped taking all medications, as I felt it was God’s plan.” To this day, he has not had a seizure.

Upon entering the seminary, Br. Al received an extensive medical examination. His health was so good he passed the physical exam with flying colors. 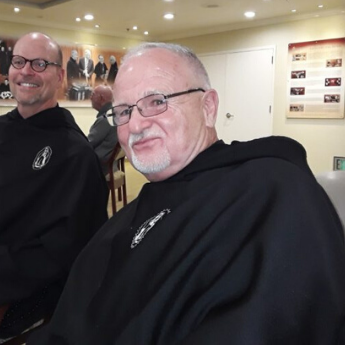